Mets have hit August, and boy does it start off badly. 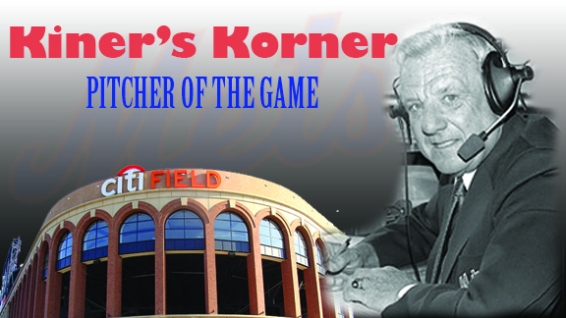 In the series finale Harvey goes from getting the Hard-Luck No-Decisions to the Hard-Luck Loss as he allows 3 runs in 5.2 in the 3-0 loss. Harvey, for whatever reason, seems to always struggle in Miami.

Mets have play their 15th extra inning game of the season so obviously Dillon Gee didn’t get the W. However, his day should be noted as he went seven innings allowing just 1 run off three hits and 2 walks, striking out 4. He failed to get the win due to a blown save by David AArdsma, who came into the ninth for Bobby Parnell who is suffering from a neck strain that probably will lead to a DL stint. Torres got the win coming out of the rotation to pitch two scoreless innings in the 10th and 11th.

Hefner continues to improve but yet to reach the height of performance from before the all-star break. Hefner went six innings allowing three runs vs Kansas City in the Mets 4-3 loss in 12 innings. It is their 15th extra inning game of the season, and it’s taking a noticeable toll. AArdsma lost it in the 12th via a Vernon Maxwell home run.

Mets lose the series to Kansas City in the sun 6-2 as a PAIR of dropped pop ups by Byrd, a passed ball by Buck ( and another passed ball that was inexplicably called a wild pitch)  unraveled Zack Wheeler in one of the sloppiest innings of the Mets season. The top of the 5th inning vs KC will be on the Mets “lowlights” video for years to come. Wheeler was charged with 4 runs, 3 earned, in five innings. Scott Rice pitched 1.1 innings scoreless for a tired bullpen in the 6-2 loss. 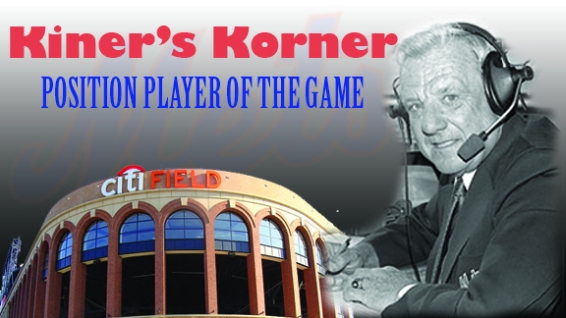 Mets get shutout but to no fault of Murphy who went 2-4 with a walk on the day in the 3-0 loss in Miami.

Young, mired in a slump since the All-Star Break, had arguably the biggest hit of his Mets career with a walk-off two-run home run in the bottom of the 11th to give the Mets a 4-2 vs the Kansas City Royals.

The win was tainted by the removal of David Wright in the 10th with a strained hamstring beating out an infield single. He had homered earlier in the game. Wright will be out 3-5 weeks.

Murphy, who will have to step up in David Wright’s absence, did so with a 2-5 night including a solo Home Run in the second inning off former Met Bruce Chen in the 4-3 loss in 12 innings.

Young was 2-5 with an RBI in the 6-2 loss. Byrd and Buck also provided some of the scoring but the errors and misplays in the field overshadow any offensive performance.

Pitcher of the Game Scoreboard:

Position Player of the Game Scoreboard:

Special Thanks to Sean Engel for the Kiner’s Korner Pitcher and Position Player of the Game graphics. You can follow him on twitter with the handle @SeanEngel05